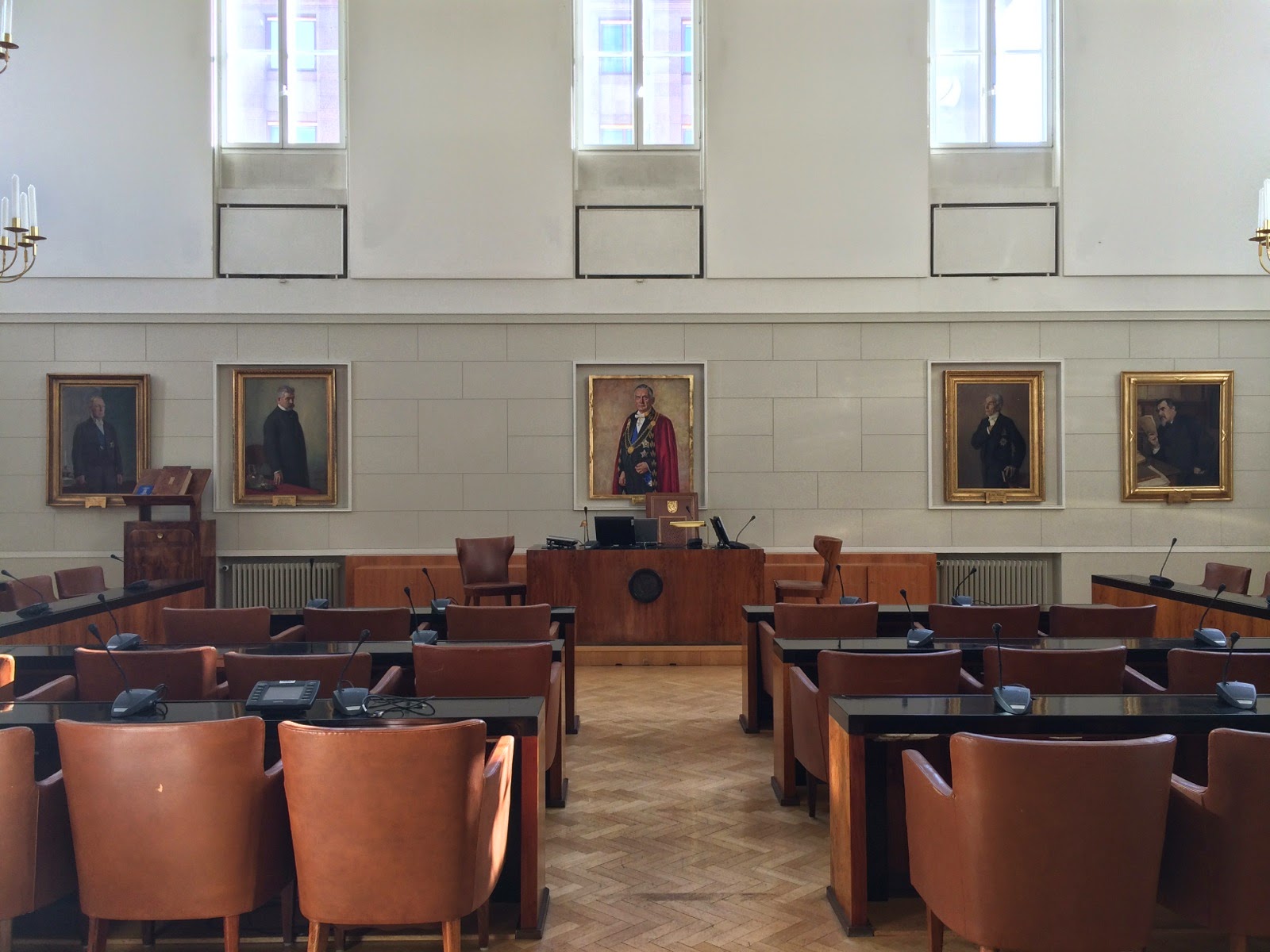 The performance is available for touring.
Premiere in November 2014 in Konsistorin sali, Helsinki University
Performed in English
Duration: approx. 90 min
”I have come to the conclusion that the making of laws is like the making of sausages — the less you know about the process the more you respect the result.” – Some Human Male

At the moment, the Finnish Animal Welfare Act is being rewritten. One question that lawmakers consider is whether it should be stated in the law that animals have an intrinsic value. Now, in most parts of the world, the legal status of animals is that of property, a thing that can be owned. Animals and legislation is a tricky combination. On one hand we have the Animal Welfare Legislation, the objective of which is to protect animals from undue suffering – no other thing is protected like this. Then again, animals’ interest can and will be sacrificed whenever economic benefit requires it. The regulation by the Council of the European Union regarding the protection of animals at slaughter reads that there is sufficient scientific evidence to demonstrate that vertebrate animals are sentient beings. The same paper defines sixteen methods of killing these sentient beings.
Theories that wish to extend basic legal rights to concern non-humans have risen from the environmental movement in the 1970’s. The discourse on the rights of natural non-human beings was initiated by Christopher D. Stone’s article Should Trees Have Standing? Towards Legal Rights for Natural Objects (1972). In his book Stone argued that non-human beings and entities such as animals or natural sites could be considered legal persons the same way other non-humans such as corporations, states or associations are. Stone’s claim faced ridicule at the time of it’s publishing, but its basic notion on the insufficiency of legislation in regards to protecting other species is slowly being accepted worldwide. When women sought their rights and legal personhood in the 1800’s the idea was ridiculed by saying that it would destroy the foundations of human society. The abolitionist movement faced the same hatred and ridicule. Regarding and actually treating non-human animals as something other than things or property and mere means for human benefit would most certainly destroy the current society, the whole foundation of which lies upon creatures (both human and non-human) and natural resources that can be legally taken advantage of. The question is, would that be so bad?
Legislation can only regulate humans. Animals needn’t be brought to courtrooms like they did in the Middle Ages. There are other ways to give animals or natural entities legal standing, so that they could be represented in court by humans. The Non-Human Rights Project is an organization whose mission is to render the legal status of at least some non-human animals to that of legal persons who possess fundamental rights such as bodily integrity and bodily liberty. Currently they are in the middle of a legal process on behalf of Tommy, a chimpanzee who is kept imprisoned in a cage in a warehouse. In 2012 the Whanganui River in New Zealand was entitled to a legal identity which means that it will be recognized as a person with rights and interests. Two guardians, one from the Crown and a member of the Whanganui River iwi, a Maori tribe, were given the role of protecting the river. The rights of mother earth are transcribed to the constitution of Equador, and anyone who feels her rights have been violated can, in theory, raise charges on behalf of her. Now utopian, the basic rights of non-human creatures might be common reality in a future closer than we understand.
Working group: Laura Gustafsson, Terike Haapoja, Suvi Kokkonen, Visa Kurki, Sami Säynevirta, Max Bremer, Mirjami Heikkinen, Arttu Kurttila, Maura Korhonen, Milla Martikainen, Noora Geagea
Thanks to: Pasi Huttula, Miko Kivinen, Alessia Lee, Lisa Erdman, Gabriele Goria, Jarmo Heikkinen, the janitors of the Universit of Helsinki, Markus Seppälä
Wolf howls: Finnish Broadcasting Company Yle
The performance is supported by Kone Foundation.
www.historyofothers.org
www.nonhumanrightsproject.org
***
The Perho poaching trial starts on the 17th of November.
“Aggravated hunting offence
If in a hunting offence
(1) the offence is committed in a particularly brutal or cruel manner,
(2) the object of the offence is a large amount of game,
(3) considerable economic benefit is sought,
(4) the offence is premeditated or
(5) a wolverine, lynx, bear, deer, otter or wolf is killed or injured
and the offence is aggravated also when assessed as a whole, the offender shall be sentenced for an aggravated hunting offence to imprisonment for at least four months and at most four years.”
The fact is, that each time there is a movement to confer rights to some new “entity”, the proposal is bound to sound odd or frightening or laughable. This is partly because until the rightless thing receives its rights, we cannot see it as anything but a thing for the use of “us” – those who are holding rights at the time.
– Christopher D. Stone